Installed by BPI’s bathroom fitting team based in Bicester, this was both a surprising and challenging bathroom project to work on. Our original brief was that the shower was leaking and that the shower enclosure needed retiling and the floor too.

On stripping out the shower enclosure and taking up the first few floor tiles, a far larger problem was discovered. There had been a serious leak from the toilet and the chipboard floor and timbers under the tiles was almost completely rotten. The plasterboard on the walls lower down was also black with mould on the outer face due to some incorrect works when previously installed.

We stripped this bathroom back to the concrete block and reboarded the entire room. New pipework was run along the concrete floor and we then installed a new chipboard floor. 10mm cement board was installed over the top of this chipboard to form a sturdy, watertight surface for tiling.

Another stud wall was built and a new concealed cistern was fitted behind with a push button. This was followed by a new back to wall toilet. The existing basin and towel radiator were reinstalled. 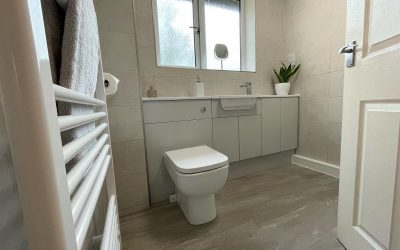 The existing bathroom was completely removed and the walls and floor were prepared for tiling. The walls were tiled...

END_OF_DOCUMENT_TOKEN_TO_BE_REPLACED 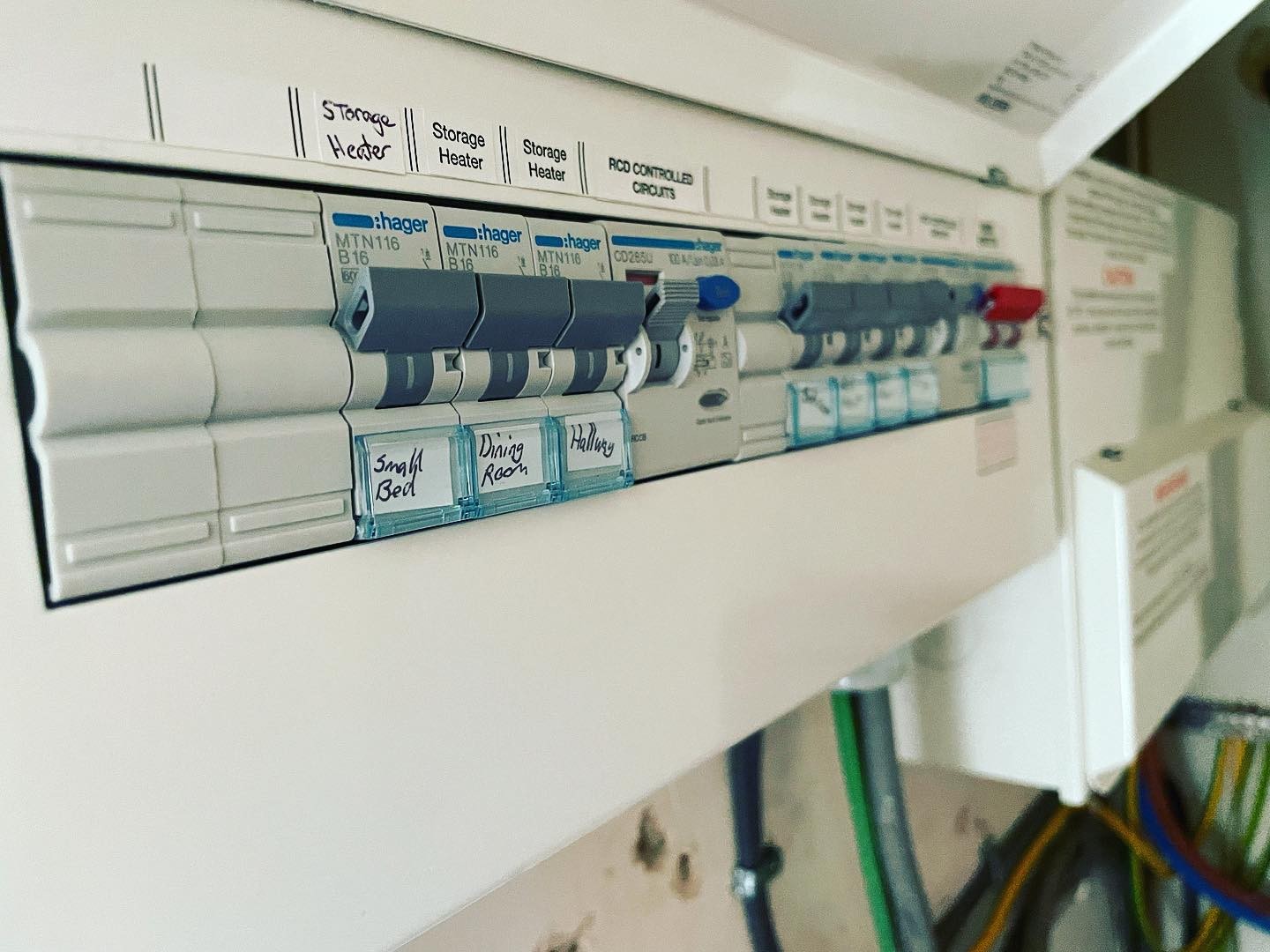 What is an EICR? Do I need one?

What is an EICR? An EICR (Electrical Installation Condition Report) is an 'MOT' of the electrics in your house. It is...

END_OF_DOCUMENT_TOKEN_TO_BE_REPLACED

BPI are now certified Domestic Installers with the NICEIC. This means we have been fully vetted to ensure our...

Contact us today to learn more about our range of services, or for a quote.

Get in Touch
We use cookies on our website to give you the most relevant experience by remembering your preferences and repeat visits. By clicking “Accept All”, you consent to the use of ALL the cookies. However, you may visit "Cookie Settings" to provide a controlled consent.
Cookie SettingsAccept All
Manage consent

This website uses cookies to improve your experience while you navigate through the website. Out of these, the cookies that are categorized as necessary are stored on your browser as they are essential for the working of basic functionalities of the website. We also use third-party cookies that help us analyze and understand how you use this website. These cookies will be stored in your browser only with your consent. You also have the option to opt-out of these cookies. But opting out of some of these cookies may affect your browsing experience.
Necessary Always Enabled
Necessary cookies are absolutely essential for the website to function properly. These cookies ensure basic functionalities and security features of the website, anonymously.
Functional
Functional cookies help to perform certain functionalities like sharing the content of the website on social media platforms, collect feedbacks, and other third-party features.
Performance
Performance cookies are used to understand and analyze the key performance indexes of the website which helps in delivering a better user experience for the visitors.
Analytics
Analytical cookies are used to understand how visitors interact with the website. These cookies help provide information on metrics the number of visitors, bounce rate, traffic source, etc.
Advertisement
Advertisement cookies are used to provide visitors with relevant ads and marketing campaigns. These cookies track visitors across websites and collect information to provide customized ads.
Others
Other uncategorized cookies are those that are being analyzed and have not been classified into a category as yet.
SAVE & ACCEPT